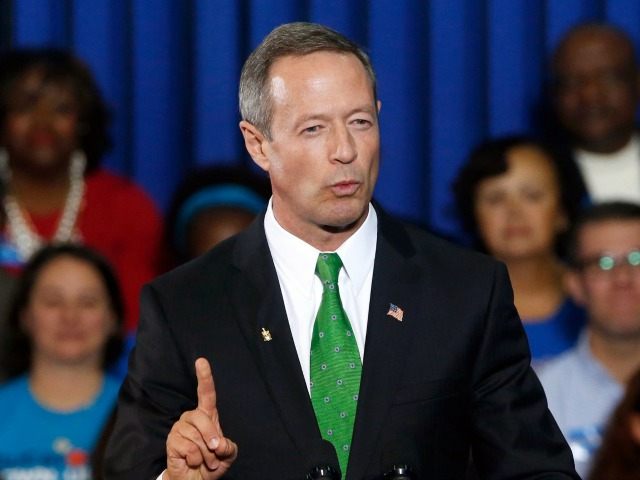 On July 24, the day after John Russell Houser allegedly used a handgun to kill two people in Lafayette, Louisiana, former Maryland Gov. Martin O’Malley called on Congress to ban “the sale of assault weapons” and “[establish] a national gun registry.”

He also said it is time to “[increase] inspections” on gun shops and mandate that gun owners lock up their guns in their homes.

Writing in The Boston Globe, O’Malley boasted of the gun controls he was able to pass while Governor:

In Maryland, we implemented some of the toughest measures in the nation to crack down on gun violence. The reforms we put in place included required licensing, fingerprinting, background checks, and safety training. We ensured that these requirements applied to all buyers, whether they were acquiring a gun from a dealer, a secondary sale, or as a private gift.

We took action to keep guns off the street and make them less deadly. We banned the sale of assault weapons and limited the size of magazines. And, if a firearm was lost or stolen, we required it to be reported immediately to law enforcement.

O’Malley then suggested that the goals of Maryland at the time — when gun control was enacted — and the goals of the United States now should be one and the same.

Well, let’s see. How has gun control worked out for Marylanders? According to USA Today, not well. They report there were “43 homicides” in May of this year alone and a total of “116 homicides” in Baltimore through the first five months of the year.

To hedge his bets O’Malley points away from Maryland, pointing instead to the nation as a whole and claims there were 204 mass shootings “during the first 204 days of 2015.” That is a mass shooting a day.

On January 5, 2014, Breitbart News reported that MSNBC’s Thomas Roberts and the Coalition to Stop Gun Violence’s Len Everett talked of how “mass shootings” are increasing every day. They also revealed that their new criteria for a mass shooting would be any shooting where two or more people were killed.