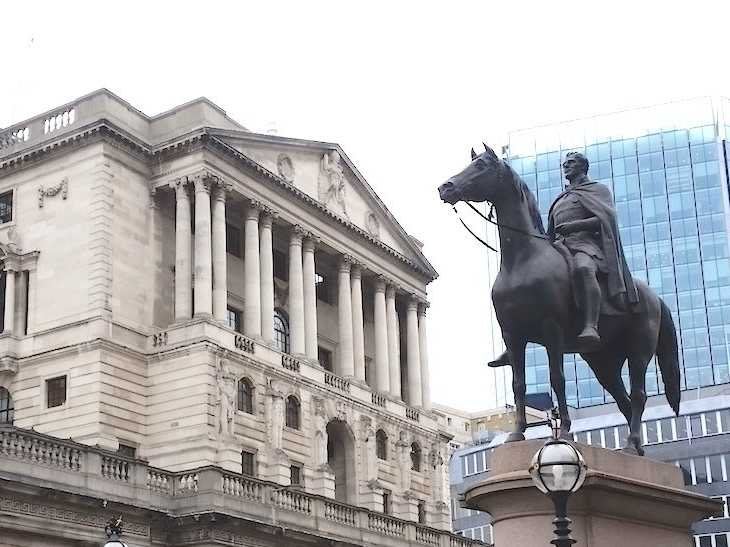 The Bank of England has devoted two papers to the rise of digital currencies. It’s another demonstration of Bitcoin’s transformation from niche cyber-libertarian intrigue to a subject of mainstream interest.

More significantly, the Bank suggests that the key innovation is not the digital currency itself — which is subject to wild fluctuations — but the “distributed ledger,” which tracks Bitcoin transactions. That ledger has the potential to revolutionize the financial system, the bank argues.

Although there has been a great deal of innovation and new technology in payment systems, the Bank says ” the basic structure of centralised payment systems has remained unchanged.” At the core of the system is a central ledger (usually a central bank) that records and settles transactions.

Bitcoin, and other digital currencies, works on a completely different decentralized model. Instead of a central ledger digital (crypto)currencies operate with a publicly visible ledger, with copies shared between all participants. The advantage of this system is that it avoids the problem of people spending the same money multiple times without having to have centralized monitoring of the process. Or as the Bank puts it:

Since anybody can check any proposed transaction against the ledger, this approach removes the need for a central authority and thus for participants to have confidence in the integrity of any single entity .

This removes two key risks of a centralized system — credit risk and liquidity risk. Credit risk arises where one of the banks in a system goes bust, leaving unpaid debts to other institutions in the system. Liquidity risk comes about when a firm is fundamentally sound (it has the necessary assets to pay off its debts) but at a particular time it is unable to convert those assets to cash in order to meet its debt payments.

via The Bank Of England Just Said It Thinks Bitcoin Could Be Huge – Yahoo Finance.