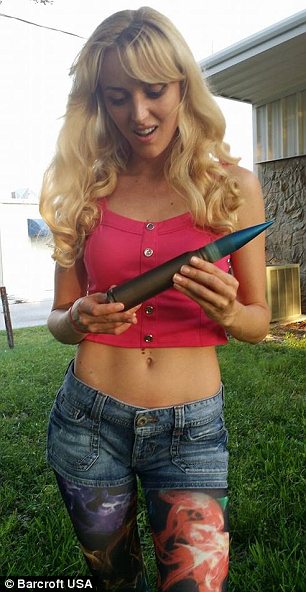 The 32-year-old Tampa, Florida, native, who boasts a substantial weapons collection and has a fondness for hunting, skinning and gutting her game, wants to be a better role model for women – and features in a new bTV segment to spread her message.

‘Celebrities like Kim Kardashian and Miley Cyrus have no morals, they are terrible role models for young women,’ says the 100lbs bleach-blonde firearms-enthusiast. ‘I want to show women that you don’t have to act like a slut to get ahead.’

Bunny grew up in what she refers to affectionately as ‘the gunshine state,’ as part of a military family with four brothers. Most of friends are military too, she says; which helps keep Bunny sharp with ‘up-to-date tactics.’She appears to be rigorously preparing for some sort of catastrophic national disaster, admitting on her website that she has read Chinese warfare bible ‘The Art of War’ from cover to cover ‘countless times.’

‘I may look like a Barbie doll, but that’s just ONE of the weapons in my arsenal!’ she proclaims on her website, Bunny Hunter. ‘This God-fearing, patriotic country girl is striving to help restore this once proud land back to that which was originally envisioned by our Founding Fathers.’

Bunny shot her first gun when she eight years old, and it was love at first bang. ‘I was just elated,’ she recalls. ‘I couldn’t have been happier.’

Now not a week goes by when she doesn’t go shooting, and claims she’ll take the woods over the mall ‘any day.’ 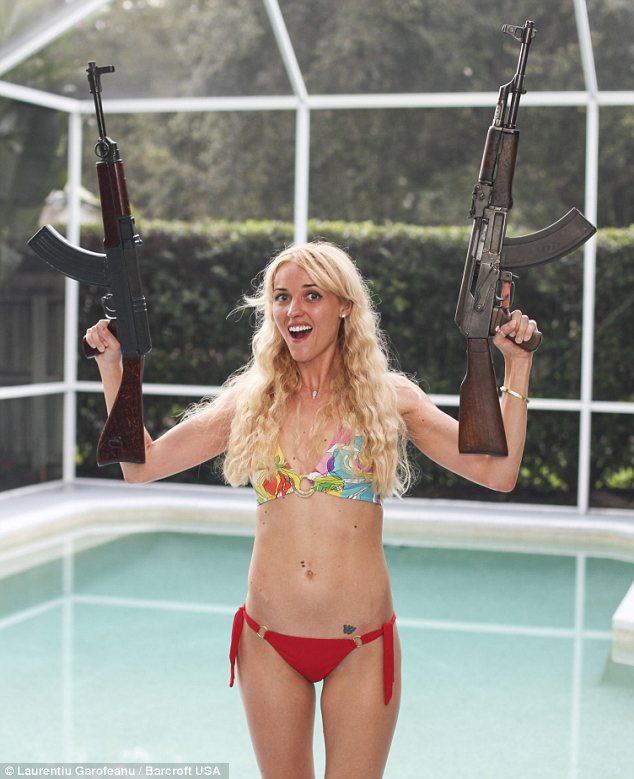 via Bunny Hunter is a God-fearing, gun-wielding survivalist who wants to ‘inspire women’ | Mail Online.